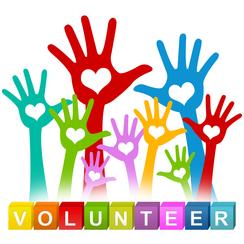 ​The Banyan PTA is an organization that is entirely run by volunteers. Not only does the PTA provide the funding for the physical education, art, and music programs as well as supplies for the classrooms, we also sponsor additional programs including:  special assemblies, family nights, Talent Show, Carnival and more.  We also take on one or two special projects each year as funding allows. Past projects have included: Multipurpose Room upgrades, technology support, and the Reading Garden.

These projects need your support. For more information about volunteer opportunities or serve on a Standing Committee, please contact Banyan PTA.

​​Honorary Service Awards (HSA) recognize the service and dedication of both individuals and organizations. Honorary Service Awards are awarded throughout the year and designed as a unique way for PTA units, councils and districts to publicly acknowledge both individuals and organizations for outstanding community service to children and youth in a community.

Honorary Service Award nominations may be submitted throughout the academic year.  Completed HSA Nomination Forms, are DUE April TBD, 2020, to the Banyan front office during business hours.​​  Awardees will be honored during the Bobcat Assembly on May TBD, 2020.